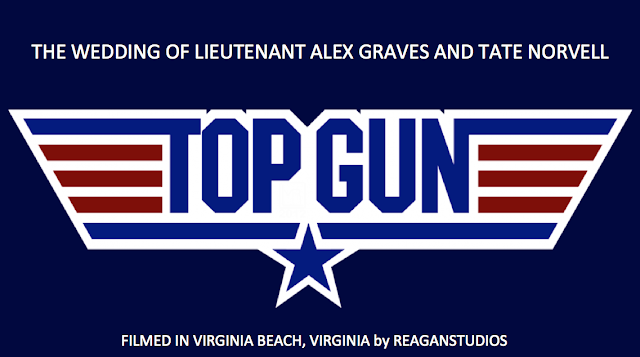 Lt. Alex Graves, a naval aviator who attended the United States Navy's Top Gun Fighter Weapons School married his sweetheart, Tate Norvell in Virginia Beach on September 8, 2018. Twenty-two pilots were in attendance, seven of whom were Top Gun graduates. Both the bride and groom's fathers also served in the U.S. Navy as well.
Produced by www.reaganstudios.com
Music by Harold Faltermeyer available on iTunes:
https://itunes.apple.com/…/top-gun-original-motio…/387193895
Neither Reagan Studios nor the bride & groom seek to profit from the distribution of this video. We do, however, hope that viewers will be encouraged to purchase the song on iTunes or through another licensed vendor.
#weddingvideo
#topgunwedding
#loveyoutothegraves


Posted by Reagan Studios at 4:01 PM No comments: