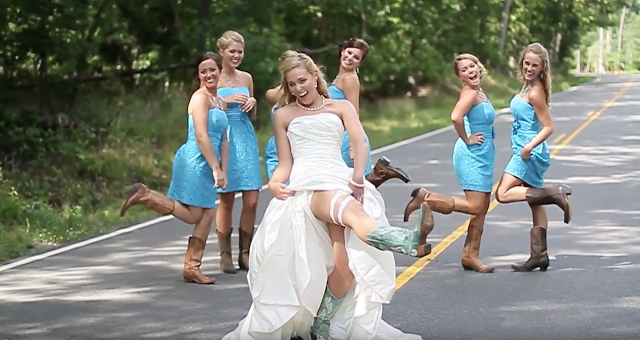 Watch: https://youtu.be/NLgRjn_GK6I
This wedding from June 2013 changed the way people look at wedding videos. Filmed and edited like a music video, many who viewed this in 2013 thought that it WAS the actual country music video on CMT by Blake Shelton. Wedding cinematography does NOT have to be boring, and does not always have to be the best man's toast over a classical music soundtrack. While ALL of the footage including the full ceremony and all of the toasts were provided to the couple, they also received several edited highlight reels including this game-changing music video.
Watch it and see for yourself.
wedding videography by https://keithreagan.com
check our www.reaganstudios.com
#weddingvideo #boysroundhere #countrywedding #schreiberevanswedding
Posted by Reagan Studios at 11:52 AM