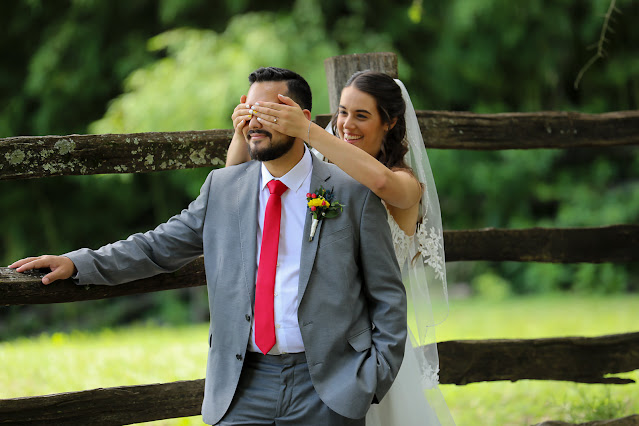 Caroline and Roy were married on July 3, 2021 in Williamsburg, VA. The ceremony was held at Williamsburg Community Chapel and their reception was held in the ballroom of St. Demetrios. Principal photography was shot in Colonial Williamsburg primarily behind the Governor's Palace and near the old courthouse. 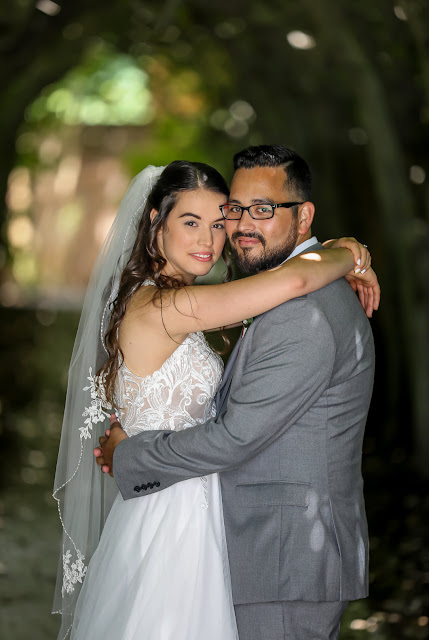 Their first video by Reagan Studios was Caroline and Roy's Cinematic Highlight Reel. Though their actual first look was at the church before driving to the colonial area, Reagan Studios re-created the moment including a playful take on "guess who?" while a horse in the background followed their progress. The original first look is documented in the Music Video. No animals were harmed during the filming of these videos. In fact, the birds and horses were an entirely volunteer force. The lighting in the garden arch was magical with twinkles of sun shining through the leaves as they walked. No special effects were used. The carriage going by was a random coincidence, but it did require some quick movement by the couple to get into position. The large Compton Oak tree that the bridal party stands beneath is as old as America. 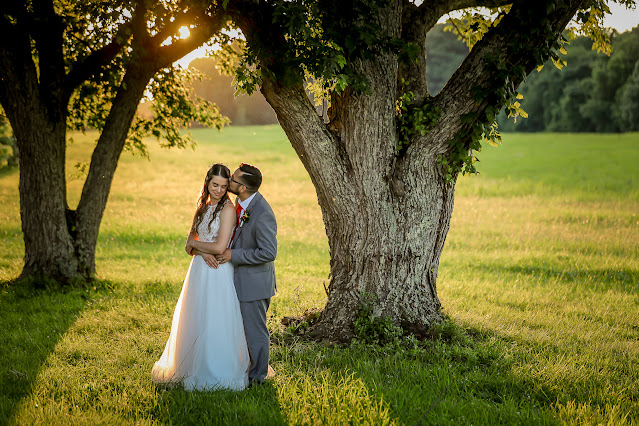 The sunset portions of the Cinematic Highlight were filmed on the Jamestown side of the Colonial Parkway after the conclusion of the reception and the couple's bubble exit which is the final scene in the Music Video. 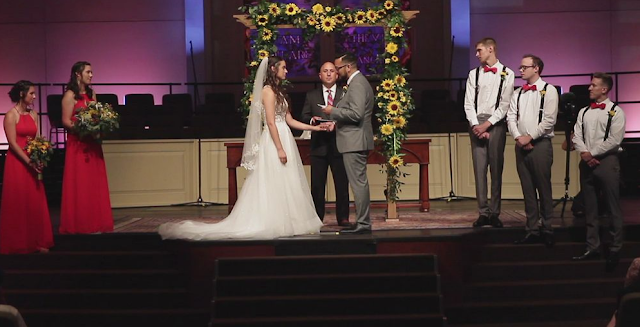 The couple's vows were captured through hidden microphones during the ceremony. The vows were edited and set to music by Reagan Studios and include some old photographs and additional reception footage placed at the end. 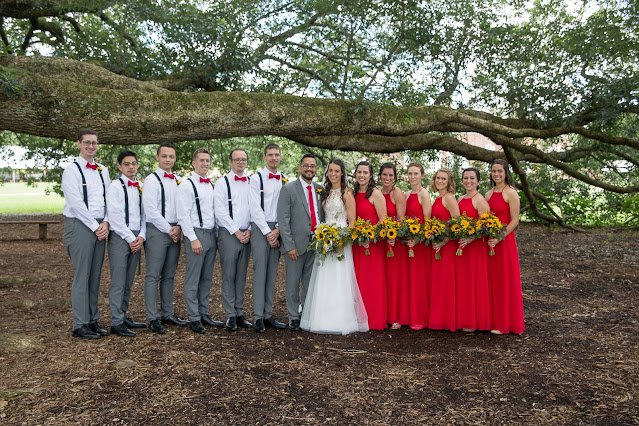 The song selected for the Music Video was the couple's first dance song, "Gifts From God" by Chris Tomlin. Reagan Studios used a montage of child snapshots of the bride for a part of the song where Mr. Lane sings, "When I was a kid..." The video ends with the bubble exit after the reception. 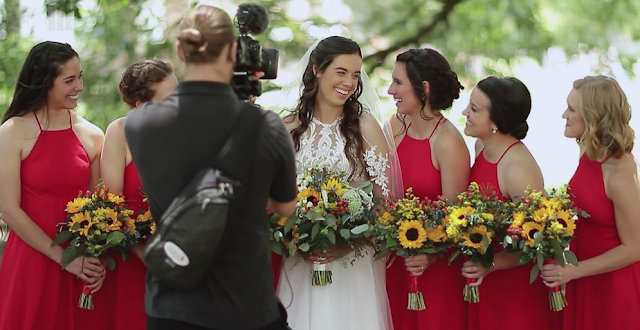 With some extra clips and typically unusable footage, Reagan Studios created a "behind-the-scenes" reel which includes cameos by the father of the bride, Bruce Utne, the photographer, John Malkowski, and the cinematographers, Collins Reagan and Keith Reagan. The sax solo uses footage from an SNL skit starring John Hamm. To add to the fun, the sax solo was filtered to look like a cartoon. Select clips of Roy and Caroline were filtered in a similar fashion to add consistency.
All videos linked above were filmed, edited, and produced by Reagan Studios.
www.reaganstudios.com
All still photography is from John Malkowski.
To view the entire cinematography showcase of Caroline and Roy, click HERE.
.
Posted by Reagan Studios at 2:51 PM